How long do I have to make an accident at a work claim? 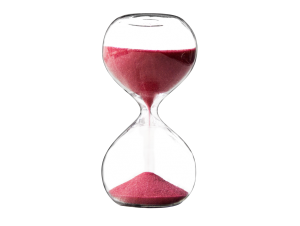 Most of us have probably seen or heard adverts with messages along the lines of “have you had an accident at work in the last three years?”.

Whilst the reference to three-years in which a person who has suffered an accident at work has in which to make a claim is correct, here we explain a couple of nuances that may mean you can make a claim dating back further.

It is true that, for the majority of cases, any claim for an accident at work compensation must be made within three years of the date of the accident. Very often this date is easy to calculate. For example, if you slipped at work on the 13th January 2020 you would have until 13th January 2023 to submit your claim to court.

As it is usually your solicitor who prepares your case for court, it is very unwise to leave doing anything about it until the last minute. In any event, for a variety of reasons, it is better to contact a solicitor as soon as possible after your accident so, for example, evidence can be gathered before it is lost and because witness memories start to fade.

That said, for some people, it can be a bit awkward to bring a claim against the company they are currently working for and it is not uncommon for us to receive instructions from people who have just changed jobs, been made redundant or perhaps dismissed, and whose accident happened at their previous employer two years or so prior.

So when does the three-year rule not apply?

The most common exception to the rule is where the injured person did not know they had suffered and injury at work. An example could be work-related hearing loss or a latent disease such as asbestosis or mesothelioma. Sometimes these kinds of injuries do not become apparent until many years after the period of employment.

A typical example would be someone who worked in a noisy factory for many years in the 80s and 90s but who only became aware they had started losing their hearing in the last few years.

What if I was under 18 years of age when I had the accident?

One often over-looked exception to the general ‘three-year’ rule, is that of accidents to people who were minors at the time of the event.

If a person has an accident at work at 16 years old, then the last date for the claim to be brought to court is the 21st birthday of person. This is because, in the case of children, the litigation clock only starts ticking on their 18th birthday giving them three years from then not the day of the accident.

There are other exceptions that can increase the time you have to make a claim but also circumstances where the time limit can be shorter, for example, if the accident happened abroad.

It is therefore important to remember that if you have an injury or illness resulting from your employment that you bring your claim as soon as possible, but it is also important to remember that you are not always prevented from making a claim against your employer or ex-employer or even ex-ex-employer just because some years have passed since you were injured. The best advice is to check your own circumstances with a properly qualified accident at work injury lawyer.

If you have suffered an accident at work that wasn’t your fault and haven’t yet made a claim, contact our experienced, APIL Accredited personal injury solicitor, Dominic Moss for a free assessment of your case.

This article was added on Tuesday, May 5th, 2020 at 5:13 am and is categorised under Accidents at Work. Both comments and pings are currently closed.