£125,000 Settlement for motorcyclist following collision with a motorist doing a ‘u’ turn

Early one December morning Mrs M suffered serious fractures to her legs , arm and serious psychological symptoms when a car performed a ‘U’ turn and drove across the path of her motor bike causing a collision. 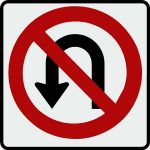 Dominic Moss took on the case of this motorcycle accident even though the Defendant’s Insurers argued that Mrs M, the motorcyclist, did not have her lights on at the time of the accident. He also obtained compensation for the injuries Mrs M sustained together with her financial losses including the future plastic surgery costs and the private cost of psychological treatment.

Mrs M was riding her motorcycle on her way to work early one morning when a car that was driving in the opposite direction to our client, suddenly turned across her path causing a collision.
Despite the Defendant’s initial arguments we obtained an early interim payment reimbursing our client for the damage to her motorcycle and providing money for care and an orthopaedic bed. In the final settlement sum, we secured the private costs of future surgery that our client would require.

Dominic Moss is the principal Solicitor at our Cheshire office. He has over twelve years experience dealing with Claimant accident claim cases arising from road traffic accidents, accidents at work and slipping and tripping accidents. He has dealt with many high value cases involving complex orthopaedic and psychiatric cases.

Following settlement of her case Mrs M was able to buy a villa on the south coast of Spain where the warm weather and swimming helped her to recover.

This article was added on Wednesday, July 9th, 2014 at 3:12 pm and is categorised under . Both comments and pings are currently closed.