Stonehewer Moss are an experienced personal injury solicitor in Sandbach and across Cheshire. We aim to offer the perfect balance being both local and specialist.

Often in life, sound, timely advice from an experienced, caring professional can make all the difference. You don’t always know when you’re going to need legal assistance but we’re the people you should turn to when you do.

If you need a solicitor in Sandbach why choose Stonehewer Moss? 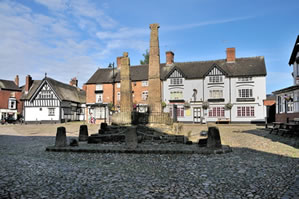 Local Sandbach solicitors generally offer a wide range of services but they may not have the detailed knowledge or experience relevant to the particular circumstances of your injury or accident claim. Larger specialist firms, with nationwide coverage tend to be impersonal and may not take the time or interest in you and your situation. We at Stonehewer Moss are Cheshire’s Specialist Personal Injury Solicitor. We have both the expertise and the local team to give you a personal, specialist service to ensure you simply get the compensation you are entitled to.

We endeavour to be the most approachable and accessible solicitor in Cheshire. Our service is personal and jargon-free. Our office is based just 12 miles north west of Sandbach and has easy parking and disabled access.

We are not only members of APIL (The Association of Personal Injury Lawyers) but one of our team is a Fellow of this Association. APIL is the leading organisation working to promote and develop expertise in the practice of personal injury law, for the benefit of injured people. Membership of this respected association assures you of the highest standards of knowledge and service.

We are willing to take appropriate cases on a no-win, no-fee basis and can also provide information on the availability of legal costs insurance. We are also pleased to offer a half-hour free initial interview.

We can usually provide appointments outside office hours or on a weekend if appropriate. We can even arrange to meet you in your home if getting to our office presents a problem.

So if you are looking for a solicitor in Sandbach or a lawyer in Sandbach please take a look round our website at our range of services and get in touch to see how Stonehewer Moss can help.

Sandbach derives its name from the Anglo-Saxon sand bæce, which can mean “sand stream” or “sand valley”. Life in Sandbach dates from the Saxon times when it was subjected to frequent Welsh and Danish raids. The Saxon Crosses in Sandbach’s cobbled market square that were reportedly built in the 7th, 8th or 9th century to commemorate the advent of Christianity in the Kingdom of Mercia.

In the late 16th and early 17th centuries Sandbach was noted for the production of fine worsted yarns and malt liquor, and the revenue from these, together with that from the fairs and market, made Sandbach modestly affluent. During the 19th century Sandbach produced silk, boots and shoes and enjoyed extensive trade with its corn mills and salt works along the Trent and Mersey Canal.

In the early 19th Century Sandbach was an important coaching halt on the roads from London and Birmingham to both Liverpool and Manchester.

The turn of the Century Sandbach saw the upsurge of the heavy vehicle manufacturing industry. The early years saw the huge success of the Foden Steam Wagon which attained a worldwide reputation. Since the early 1930’s the industry has concentrated on diesel powered heavy goods vehicles which were produced in the factories of both E.R.F. and Foden. Both companies have now left Sandbach.