£2,000 settlement following rear-end shunt. Defendant drove off but was traced by Stonehewer Moss.

Stonehewer Moss get award for whiplash injury our client suffered in a hit and run accident in 2009 without the need to issue proceedings. 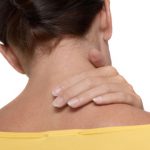 Mrs B wanted a good whiplash claim solicitor to act for her after she suffered an injury in a rear end shunt accident but she only had the registration number of the car. We traced the Defendant, and arranged a highly satisfactory settlement for Mrs B, who did not want to become involved in litigation.

Initially, there was some difficulty in locating the defendant, who would not provide his details, and who was not responding to correspondence at his last known address.
It was established that she had suffered neck problems for 6 months and an early settlement was achieved.

Siobhan Smyth is an Assistant solicitor specialising in all aspects of personal injury claims and whiplash injury claims in our Cheshire office. She has a superb track record in negotiation and gets fantastic results.

This article was added on Wednesday, July 9th, 2014 at 3:24 pm and is categorised under . Both comments and pings are currently closed.