Client receives £25,000 compensation for injuries after falling on a pothole.

Mr B. broke his foot outside a shop when he fell in a pothole. 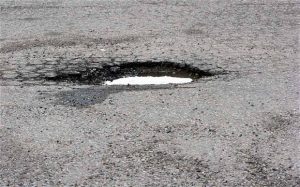 Our Lawyer took on the case and pursued a claim against the shop owner who owned the land and had failed to maintain it in a safe condition.

Our client was out shopping when he fell on a pothole and injured his foot. As a result of the fall he broke his foot in three places. The land was not council owned it belonged to the shop owners up to the point where it reached the pavement. When Mr B. returned to take photographs the pothole had been repaired.

With the help of Stonehewer Moss Mr B. received £12,611 compensation following his accident.

This article was added on Thursday, April 16th, 2015 at 3:59 pm and is categorised under . Both comments and pings are currently closed.