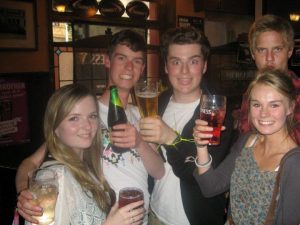 It is September, students and young people across Cheshire are starting College, University and new careers, their lives are so full of opportunity. As part of Alcohol Week of Action, which runs from 15 to 19 September Cheshire police officers are warning young drivers about the dangers of drink driving and the effect it can have on their futures.

Cheshire Police have seen too many young people lose their lives or end up with serious injuries when they had made the wrong decision to drive whilst under the influence of alcohol.

“My team has to deal with serious and fatal collisions caused by drink driving on a daily basis, and all of these can be prevented.

“As well as appealing to young drivers I would also like to appeal to their parents, who have a responsibility to their offspring and can influence their attitudes to driving by setting their children an example by not getting behind the wheel when they have had a drink.

“I do not want to be sending my officers to their homes to tell them that their son or daughter has died or been seriously injured as a result of drink driving.

“Actions speak louder than words and if young people see their parents adopting a casual attitude to drinking and driving, they are likely to follow a similar approach. If the parents treat the issue seriously, young drivers will too.

This article was added on Wednesday, September 17th, 2014 at 2:41 pm and is categorised under General News, Traffic Accidents. Both comments and pings are currently closed.