A change in the law – but not a change for the better? 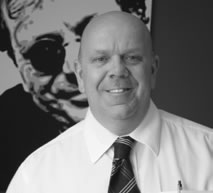 A year ago Lord Justice Jackson was appointed to review the rules and principles governing the costs of civil litigation and to make recommendations in order to promote access to justice at proportionate costs. Below, Dominic gives his perspective on the findings of the report.

“It is my view that the emphasis on BTE Insurance and the removal of ATE and the success fee is linked to the inception of The Legal Services Act and the ABS’s (alternative business structures) that the Act will make possible.

As its stands the business models of BTE insurers only work because high referral fees are paid; the premium itself not being based on risk but on what the consumer will pay.

By removing referral fees, the report’s recommendations on one hand remove the need for claims management companies, and on the other make the current referral arrangements between large insurers and large solicitor firms illegal.

However, after the Act comes into force, the insurers will still be able to offer discounted BTE premiums by referring the work to their own in-house lawyers without a referral fee. This will generate a greater income for them than the current referral arrangements.

Thus, at a stroke, the government will get the slick, corporate, compartmentalised approach to claims handling that it thinks will benefit consumers. The insurers get to control the majority of claims from the commencement of insurance to completion of the claim – with not an independent solicitor in sight!’”

This article was added on Saturday, February 13th, 2010 at 9:57 am and is categorised under General News. Both comments and pings are currently closed.