Is the Government junior right advising leaving all to grandchildren 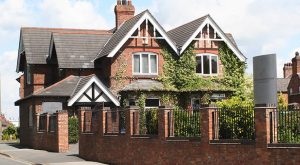 Is the Government junior right advising leaving all to grandchildren to alleviate the housing shortage? A Junior minister has advised us to leave our estates to the next generation instead of our children. Cheshire solicitors Stonehewer Moss are unsure this is a thought through advice of universal benefit to society, if there is such a thing today. First it is suggested that the advice addresses two separate matters; inheritance planning and housing needs. Death and taxes are the two certainties in life and the government has relatively little control over the former but it does set the latter. Today the Inheritance Tax threshold is £650,000 for a couple who are married, being £325,000 with the survivor of the two being able to use the IHT nil rate band of the earlier to die. Stonehewer Moss therefore would first advise clients to ignore the Junior minister and leave your estate to your spouse if under £650,000 assets are owned by the two of you, excluding things like pensions that are not controlled by your executor. Secondly, be aware that if you are divorced or living with a partner but not married the ability to combine nil rate bands in this way does not apply. Thirdly, who are your grandchildren? Biological or descendants of a new partner post divorce arising from his or her earlier relationship. Finally on the tax issue, please note recent Tory leaders used trusts as a means of assisting family wealth retention but the law that applied was not British so we cannot comment. From April 2017 you can leave an extra £175,000 above your nil rate band if you gift your house to your children or grandchildren. Again, note point one and do not leave to later generations cutting out your spouse without further advice. Please further note that the Inheritance ( Provision for Family and Dependants) Act 1975 permits disappointed children to litigate in court to seek a reasonable provision from the estate which might not be what you want to create. Do you know your children are in secure housing themselves and not struggling to house your grandchildren by paying a large mortgage? You could leave a sum to grandchildren to help with a deposit and assume your children will leave their estate to their children. What would you think if your children had prepared wills leaving everything to their grandchildren rather than yours? Might you think it unfair, a disappointment? Grandchildren do not have the emotional baggage you may have accumulated with your children but do they have a better moral claim to your estate? A letter explaining your reasoning at the time you prepare the will may assist if a 1975 Act claim is contemplated.

The housing shortage issue is interesting, because society changes. Mrs Thatcher released social housing stock to the private sector in the 80s. That stock had been built when the economy dictated that many people could not afford a home. The writer of this Blog recalls his Nanna referring to them as home fit for heroes, built for First World War veterans; sadly the 5 children of a neighbouring household were killed by a Nazi bomb hitting such a house in the Second World War. Germany has a long history of rented accommodation, with house ownership not being the norm. Housing is a political issue and you may think that lobbying your MP to build new housing stock for generations that cannot afford to buy is the answer rather than social engineering your own family in the hope the tax rules at your death ensure your estate houses future generations. Creating friction between child and parent is a poor piece of advice, so perhaps the answer is to consult your children before you decide to cut them out of your will. They may have a better plan to help their own children.

For advice on drafting a will please call 01606  872200 e mail info@piplaw.co.uk visit www.stonehewermoss.co.uk