Got an old bag? The new Consumer Rights Act and divorce 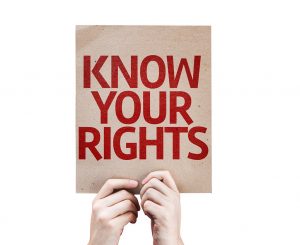 On 1.10.15, consumer rights law in the UK is bolstered by the coming into effect of the Consumer Rights Act 2015. Amongst other things, the Act gives consumers the right to demand a refund for poor goods within 30 days of purchase. Legislation today requires larger retailers to charge for plastic carrier bags, the monies raised going to not for profit causes; always carry a few old bags to avoid conflict at home. Debt, failure to agree on household budgets, is a significant cause of divorce (as is the use of demeaning put downs about a spouse). Michael Brennan, a family law solicitor at Stonehewer Moss in Cheshire, has taken instructions on many divorces over the past 24 years but early in his career his values on marriage were informed by one book. The fundamental message he took from it was the marriage and treating it as a consumer experience can only hurt. Resolving that harm without adding to it has been an aim of his family law practice. There is a way to preserve human dignity in such a challenging period of your life.

In his early 20s Michael bought a book on marriage as his practice was becoming specialised in divorce and he was not himself married; it was written by Pope John Paul II before he became the Pontiff and he had been a hero since childhood. “Love and Responsibility” is intended to teach how to approach the sacrament of marriage but it is human, containing a lot of learning from study but self confessedly also from the pastoral care John Paul had over married couples when a priest in Poland. It is an inspirational book because the message is that love should be worked upon, accepted for what it is over time and must never be confused with sentimentality or sensuality alone ( though each of these feelings has their place). This is a central quotation from the book, a summary of which can be found on a pdf by a Google search:-

[Love] is put to the test most severely when the sensual and emotional reactions themselves grow weaker, and sexual values as such lose their effect. Nothing then remains except the value of the person, and the inner truth about the love of those concerned comes to light. If their love is a true gift of self, so that they belong each to the other, it will not only survive but grow stronger, and sink deeper roots. Whereas if it was never more than a sort of synchronization of sensual and emotional experiences it will lose its raison d’etre and the persons involved in it will suddenly find themselves in a vacuum.”

Michael is not a spiritual teacher, though Stonehewer Moss give him the accolade of being their family law guru, he is a practical lawyer. Nevertheless, family law disputes are influenced by the approach of your lawyer. The grieving process natural to being separated from the person you chose to marry can be manipulated to harmful and costly outcomes if your choice of family lawyer is based on the wrong values. You reap what you sow. Visiting a lawyer about divorce must be a nerve jangling experience; it has the quality of a confessional that Michael has been entrusted with for twenty years plus, keeping this book in mind throughout, staying single and seeking to minimise the harm. In 2006 he thought the perfect process to the end of a dignified separation had arrived, collaborative law.

As a trained collaborative lawyer, Michael Brennan is one of thousands of members of the national association of family solicitors called Resolution (please visit their website to learn more) who will help you to negotiate the core issues needing attention when you separate in a safe environment. The approach is not confrontational, there are no sarcastic letters flying back and forth between solicitors and you are able to control the agenda for each meeting; the whole process is face to face between the lawyers and the couple. It is a process that has a drive and purpose permitting couple to deal with their legal issues without making it a drama and, hopefully, without demonising your ex or their spouse. If you are parents, how much do your children pay for their parents to battle in court? The thing most admirable about choosing collaborative to resolve your family legal dispute is that you agree not to use the same lawyer if agreement cannot be reached and the Court process must me used. It is a non proliferation agreement and Michael settled all the collaborative cases he was instructed upon after qualifying with Resolution to undertake the work in 2006.

To find out more about this principled approach to divorce settlement or any other family law issue, visit the Stonehewer Moss website or e mail Michael.brennan@piplaw.co.uk

This article was added on Thursday, October 8th, 2015 at 10:45 am and is categorised under General News. Both comments and pings are currently closed.