How to deal with bad child arrangements orders 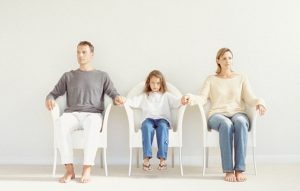 How to deal with bad child arrangements orders is a problem faced by parents of children in Cheshire who attended court unrepresented and felt they had to agree to the order the court told them was to be made. Cheshire solicitors Stonehewer Moss have experience of Children Act work from the first introduction of the 1989 Act and have seen the increase in people attending court without a solicitor. The court rules about first children hearings, called FHDRA, are found at Rule 12 and associated Practice Directions to the Family Procedure Rules 2010; a set of rules made in the teeth of the credit crunch and squeezed budgets. Issues like violence have in the past had plenty of resources available before orders were made, for both victim and perpetrator but any political rhetoric that this remains true has to be questioned. There is a proposal being considered to amend Practice Direction 12J about violence issues but for the present the court has subjective powers it exercises at the FHDRA to effectively shoot down objections to orders apparently without evidence of the impact of the proposed order on the child. The writer of this blog has often advised clients enquiring about child cases but lacking the means to pay for a solicitor to dig their heals in as the court has no power to order without agreement at the FHDRA but he has to admit this is probably not the case. The court has to apply the welfare test but if the judge decides there is no welfare issue to address and he thinks the child will not placed at risk, he can force an order upon you. How can this be countered? We tentatively suggest the following:-