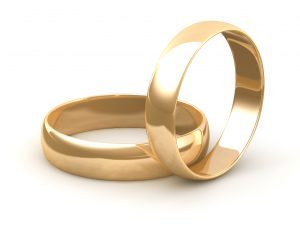 Civil partnership and wills rules on revocation are straightforward but easily overlooked in the throws of a big family event. Solicitor at Northwich firm Stonehewer Moss, Michael Brennan has turned the clock back 25 years this year by signing up with the national legal executives training organisation CILEX  to study wills and succession. Michael insists he scored 80% at the College of Law in Chester upon probate and wills in 1991 but that is so long ago it is now called the University of Law. Michael says, ” I am really enjoying reading back over this stuff. I am not that old, the statute that applies was made in 1837! That said, I was in Widnes library last week and they have a visitor book from the date it was opened on display. The first signature is by Mr Rendle from what was then described (c1867) as University College, Liverpool, from which I graduated in 1990 when re named the University of Liverpool. The re naming of the College of Law makes me feel like a Victorian. Bang up to date, however, I would like those entering Civil Partnership and marriage to be aware the ceremony revokes any existing will, making it ineffective. Any responsible adult reaching such a milestone in life should review their will, if that does not sound too Victorian of me.”

The Wills Act 1837 s20 provides for express revocation, perhaps by making a new will or supplementing a current valid will by a codicil. More dramatically, a will can be revoked and made invalid by intentional destruction. If no other reason persuades you to use a solicitor to make a will, this is it. Imagine an unseemly family dispute because a will has become tatty and a begrudging family member seeks to argue it was intentionally destroyed. The storing of your will by a solicitor prevents any such dispute as you will only revoke by making another will with a revocation clause or pitch up and insist your solicitor ceremonially rip it up in front of you.

Once your will is revoked by means other than creating a new valid will your estate states to be dealt with by the law of intestacy, every bit as potentially painful as it sounds; an statutory list of people you may well dislike will stand to share your estate. This and the chances of a challenge to your provision under will by the Inheritance Act 1975 can best be minimised by having a will professionally drawn. Civil partnership and wills rules on revocation and all other complex issues touching on family life should be checked out occasionally, Victorian or not.

Tags: making a will, wills