Miss A worked for the Police and was asked to do something illegal. She reported the matter and began to suffer victimisation. 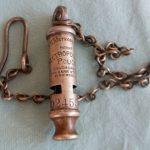 One of our specialist ‘no win no fee’ lawyers dealt with this case and following a year long investigation and the upholding of her initial complaint, Miss A sued her employers for the detriment suffered. An out of court settlement was agreed with the Police on the first day of trial. She remains working for the Police and made what is known as a ‘protected disclosure’ or commonly referred to as ‘whistle blowing’.

Miss A worked for the Police and was asked to do something which she felt to be unlawful. She reported the matter to a different superior Sergeant and soon afterwards began to suffer bullying and victimisation. She decided to lodge a grievance.

Following settlement of her case, damages for this case were agreed in the sum of £7000, paid direct to Miss A.

This article was added on Wednesday, July 9th, 2014 at 3:21 pm and is categorised under . Both comments and pings are currently closed.