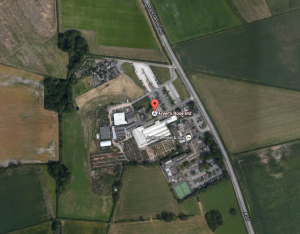 Police are appealing for witnesses after Warrington motorcyclist Phil Davies was involved in a fatal accident on Sunday 15th March on the A50 Manchester Road in Knutsford outside Freyers Rose Garden Centre. According to witnesses a grey Ford Kuga driven by a 70-year-old Sandbach man  was turning right out of the center towards Knutsford and the silver Honda CBR 600 motorbike was travelling in the opposite direction.

The garden centre staff and others in the area did all they could to help and the emergency services arrived quickly, but tragically the motorcyclist died at the scene.

There has been calls for a review of speed limits on the road. Councillor Stewart Gardiner said:

I feel very sorry for the man who died in this collision and for the car driver who has to live with its consequences.

We have reduced speeds on a number of Cheshire road to 50 miles per hour and in light of this accident, I will be calling on highway engineers to look again at reducing speeds along this particular stretch of road.

The Police have appealed for further information and anyone who can help police with their investigations is urged to call Cheshire Police on 101 quoting incident number 526 of 15 March 2015.

This article was added on Wednesday, March 18th, 2015 at 8:39 am and is categorised under Cheshire News, General News, Traffic Accidents, Warrington News. Both comments and pings are currently closed.