Road Accident A533 bypass between Northwich and Winsford 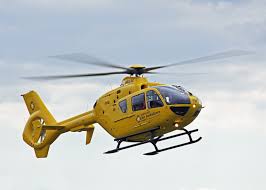 The A533 Bostock was closed yesterday between Northwich and Winsford following a serious road traffic accident. Firefighters from Northwich, Winsford and Middlewich attend the scene of the crash which occurred at approximately 3pm Monday 15 December on the A533, Bostock, near to Jack Lane.

The collision involved a hatchback car and a heavy goods vehicle.  Firefighters rapidly extricated a male casualty from the hatchback who was taken to hospital by air ambulance.  Police and ambulance were also in attendance. The driver is reported to be fighting for his life.

Our thoughts go out to Louise Hough who today confirmed that her 18 year old son Jack has died at North Staffordshire University Hospital. Firefighters freed him from a blue VW Polo after it was in collision with a Scania articulated goods vehicle on the A533 on Monday. Read more in the Northwich Guardian.

This article was added on Tuesday, December 16th, 2014 at 9:25 am and is categorised under Cheshire News, General News, Northwich Accidents, Traffic Accidents, Winsford News. Both comments and pings are currently closed.