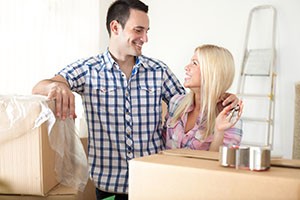 Losing your shirt in divorce Giggsy style seems a sensible theme for a blog for Cheshire divorce solicitors Stonehewer Moss in light of the following BBC web page headline:-

Screaming headlines may not be all you seek in a divorce case but for most of us arguing about our being special might as well scream, “I don`t know what I am talking about " in front of the world weary judge you face. Mr Giggs was a footballer of rare ability but it was notable that Sir Alex Ferguson managed him through his career on the pitch from day one as a teenager. The most impressive stat Michael Brennan remembers about Ryan, being a United sympathiser, was that he was being paid YTS wages about £15,000 per year as a teenager in the first team. Perhaps in his rarefied field Mr Giggs is the last of the old fashioned player that really earned his superstar wages later on and it remains to be seen how his court argument that his contribution to family wealth was such that he should not have to share it equally turns out. The lady justice dealing with the issue will have a range of case authority to look at and, as often with the law, there are points on each side but the balance seems to tip towards cases only justifying a departure from sharing assets when needs are otherwise met on an equal basis if the contributor was a unique talent. A debate for the pub. In Michaels experience over 26 years his old style male clients often sourced their advice at the pub while wives seem to get their advice from sober friends perhaps dramatizing their own case and extrapolating it to a universal mould. There we have it, a case about money beyond most dreams boils down to a pub debate to be determined by a High Court Judge. Please don`t let your marriage become pub gossip or a drama for others; seek experienced advice and negotiate in private. If you have the means, consider arbitration and agree the agenda to be resolved that is not fantasy land stuff for your lawyers to argue about but has meaning in your future lives. Be remembered for the good stuff and don`t lose your shirt. Losing your shirt in divorce Giggsy style is strictly for the gamblers.