How to find help with family poverty in crisis 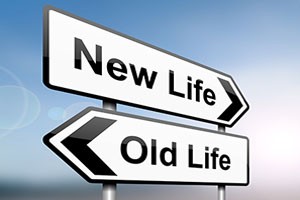 How to find help with family poverty in crisis is an issue that speaks differently to each generation and recent research suggests , unexpectedly, that it is now the old that have improved incomes while the fit and young are struggling with a falling income. Never before has there been as strong a need for altruism and inter generational assistance than now, to prevent the country and even families becoming divided . In Cheshire, family law specialists at Northwich solicitors Stonehewer Moss have come up with some suggestions to effectively spread the wealth. Michael Brennan, an accredited specialist in complex asset divorce and the firms will drafter, points out the relevant findings from the research reported in the Telegraph as follows:-

“With poor families more heavily reliant on wages than the social safety net than in the past, they are also now “more vulnerable” to any economic downtown, it finds.

Yet uncertainly in the wake of the recent vote to leave the EU is “highly likely” to squeeze incomes for the next few years, the report warns.

The young in particular are facing struggles, with average incomes still languishing below levels seen before the financial crisis of 2008.

By contrast elderly people are now the least likely age-group to be trapped in poverty after a “major turnaround” in incomes.

The IFS said protection of benefits for older people, increasing access to private pensions and record numbers working past retirement age had helped transform the position of pensioners despite economic turbulence in recent years.”

Michael comments, ” The clear demarcation of income prosperity and want is apparent between generations. Over the past 25 years my divorce caseload has often consisted of marriages broken by money troubles. Typically this might be a couple in their mid to late thirties. The post 2008 economy has to some degree insulated that generation compared to those maybe contemplating marriage and the trend for legal services in respect of family issues might be this in the future:

1. The younger generation is cash poor but likely to benefit from inherited wealth from an older generation that holds on to property assets and pension funds. The parents of twenty somethings may be concerned either to help distribute wealth under a trust or protect their children from the effect of divorce by encouraging pre nups. A disinherited younger person should consider challenging  a will under the Inheritance Act 1975 post death and seek financial relief under the Children Act 1989 while a student if his or her parents are separated;

2. The middle age groups is where it is; they may seek to divorce for non economic reasons or to downsize to help their children find a way before inheritance. They must plan for both retirement and inheritance planning, taking account of the possible impact of their own possible divorce. A single  middle age person considering marriage should consider existing responsibilities as regards  inheritance and the need for a pre nup with a solicitor.

3. The ONS statistics released last week suggest a 5% increase in cohabitation per generation. The law as regards this group is haphazard and responsible adults with dependants should get advice to correct any injustices that living outside of the laws paradigm creates. A cohabitation agreement or deed of separation could reduce distress and legal costs in the future;

4. The older generations, being called “silver surfers” may want to create an equitable, fair settlement between the generations so that whatever future generations face their hard work built something that lasted. A will is the starting point, maybe supplemented by responsible estate planning such as the creation of a family trust or holding company. Pension benefits can be inherited at the election of the recipient but some advice should be taken about how this works and when drawing down your own pension it might be better to use other resources first, perhaps down sizing property or holding it in joint names in return for a rent from other family members. The tax implications do need to be checked. I have appointed an lasting power of attorney as I am single and wanted to ensure I have made the legal side as easy as possible if I lose the ability to decide for myself. Separating older people need to think through the impact of divorce before venturing that way unrepresented and not advised. “

How to find help with family poverty in crisis, is best discussed first within your family and then by seeking experienced advice to find good outcomes for all generations.

For advice, negotiation and representation in respect of family law disputes call 01606872200 or e mail info@piplaw.co.uk