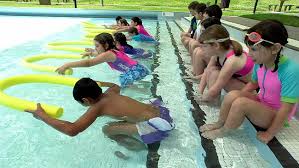 Shortly after 2 pm police, ambulance and crews from Cheshire Fire and Rescue Service responded to reports of a number of children becoming unwell at the Winsford Lifestyle Centre. It is understood that around 56 children from Winsford High Street Primary School were at the centre for swimming lessons. Most were poolside when a small group in the water began coughing. All 56 were taken to a rest centre set up at nearby Wyvern House for a medical examination and the majority were allowed to go home. 10 children and one adult were taken to Leighton Hospital in Crewe with respiratory problems  and for ‘further assessment of non-serious injuries’ after initial checks of each person.

Health and safety officers from Cheshire West and Chester Council (CWaC) and pool contractors from the authority spent hours looking into the cause. Evidence from the investigation, indicated that the balance tank water combined chlorine level in the pool had been higher than normal and this could have caused odour and discomfort, which a CWaC spokesperson said was down to a ‘technical issue’. The spokesperson added: 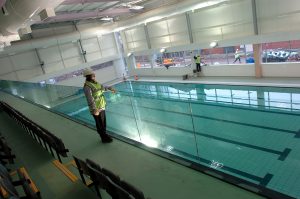 Both pools at Winsford Lifestyle Centre (which is run by Brio Leisure) were reopened as normal on Wednesday morning. The 10 Children taken to hospital were not found to be in a serious condition and all allowed home after several hours of observation. Half were back at school the following day while the others recuperated at home.

The the new £10.8million Winsford Lifestyle Centre replace the old Winsford sports centre seven years ago  – when developer Morgan Ashurst  handed  the keys over to Vale Royal Borough Council. Desco were the consulting engineers appointed to deliver the M&E services and pool water consultancy at the time of the pool’s construction.

an industry expert explained to Stonehewer Moss. It would seem likely that this is the result of an accident or negligence.

This article was added on Thursday, March 12th, 2015 at 10:54 am and is categorised under Cheshire News, General News, Winsford News. Both comments and pings are currently closed.