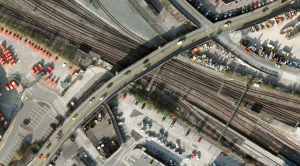 Police are appealing for witnesses following a motor cycle accident at Hoole Bridge in Chester at the weekend.

The fatal fatal motor scooter accident accident occurred on Hoole Road (A56) at 6.30pm on Sunday 22 February when a 125cc red Peugeot scooter left the carriageway and was in collision with the railway bridge. The rider of the scooter, Karol Kunicki, sustained serious injuries and was taken to the Countess of Chester, where unfortunately he passed away.

Karol, a 34 year old from Poland, worked as a chef at the Brookside Hotel in Newton; he had previously worked at The Premier Inn in Chester, The Faulkner in Hoole and the Ring O’Bells in Christleton. His 19 year old fiancée Ania gave birth less than one month ago to their son who they have named Brian.

Karol had only recently completed his basic motor cycle training required to drive the 125cc scooter which he had recently purchased from a friend. He was on his way home after having his new born baby’s name tattooed on his neck.

Police are appealing for witnesses to the collision to contact Cheshire Police on 101 quoting incident 610 of 22 February.

This article was added on Tuesday, February 24th, 2015 at 11:31 am and is categorised under Cheshire News, Chester News, General News, Traffic Accidents. Both comments and pings are currently closed.