Does everything get split equally on divorce? 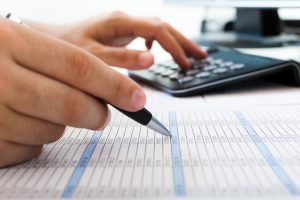 Does everything get split equally on divorce? A settlement of assets you own when there is a divorce can be agreed or can be decided by a judge in court. A recent case in the Court of Appeal has caused pulses to race amongst divorce commentators in the legal press to the effect that the court had approved an unequal division. With due respect, this is to take the general conclusion from the particular instance. The court, fundamentally, decides each case according to the circumstances of the marriage and if called upon to decide has a broad discretion with an overriding duty to decide fairly. In the particular case Hart v Hart 2017 the appealed decision was from a judge who has literally written the book on the subject. The Court of Appeal, perhaps unsurprisingly, decided that experienced lawyer had the right to make the discretionary decision he did to split the assets unequally because the business of the husband was created before the marriage. Be wary of assuming your case is the same. This instance was valued at several million and it is usually the play thing of lawyers in high value cases to argue at high cost about the status of assets as marital or non marital. In less monied cases the court has to take account of needs usually before it can start to worry about equal sharing of the assets. Does everything get split equally on divorce? It depends.

Cheshire divorce solicitors Stonehewer Moss has over 25 years experience of money disputes on divorce and read Hart to emphasise the need for proportionality. Findings of fact, possibly aided by expert valuations, may be a wild goose chase if the needs of the couple cannot fairly be distributed by a penny splitting spreadsheet approach. The court clearly took the view that discretion and flexibility is key to the role of the court if settlement cannot be negotiated away from court. What the court considers relevant should be tested long before the final hearing takes place; justice has broad horizons according to this decision. Beware you are not racing towards a black hole.