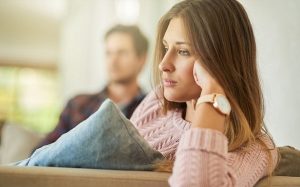 Domestic abuse issues in child arrangements cases have been considered last month on appeal from a refusal to re-open the courts previous refusal to make findings of fact, according to Cheshire family solicitors Stonehewer Moss. Domestic abuse issues in child arrangements cases are of necessity at the forefront of the minds of judges tasked with managing and deciding applications for parents to arrange how a child will see the other parent or which home the children will call home. The rules of the Family Court are available to research on-line and are called the Family Procedure Rules 2010; these are supplemented by what are called Practice Directions which detail the correct procedure for each issue. Domestic abuse in child arrangements cases is dealt with by Practice Direction 12J.

The court has, on occasion, to deal with a dispute about what happened between parents or towards children. If considered necessary to the disposal of the case, such a dispute can be resolved by a hearing before welfare issues are decided that is called a finding of fact. In the writers experience, the finding of fact was a regular fixture pre the 2008 financial trouble, when cafcass regularly refused to consider what is best for the welfare of a child until a costly finding of fact hearing had taken place but this cafcass lead practice seemed to disappear with the budgets of the relevant departments. Nevertheless PD 12J  exists to stress to the court the importance of considering the potential impact of domestic abuse upon a child. It is a moot point whether the courts have correctly applied 12J and the fact the PD has been up-dated in October may answer that question. The appeal case last month gives some interesting guidance.

The appeal case can be researched on-line and is called LR v LG (Re-opening finding of fact) 2017. Here the court had been presented with domestic abuse issue but not made significant findings. Subsequently the father was convicted in the criminal court. The mother at a further stage in the family court made an application to re-open the findings of fact. It was refused. The appeal has been granted on the basis that the criminal court and no prior family court had made finding as to whether there had been a pattern of harassment. The judge on appeal emphasised the PD12J requirement on the court not to  expose child or parent to risk of harm at each relevant stage in the case; the old trope many of you will have heard in court that the allegations were historic and mum had allowed contact since was not good enough. If there is a risk of harm impacting on child or parent the court should consider whether findings of fact are needed. Such hearings can take place at the same time as the welfare hearing but it will depend on the issues in the case. These words in the appeal judgement have particular power, “..court must be careful to ensure that significant issues are not overlooked. Sometimes a pattern of harassment and other forms of domestic abuse is only discernible by conducting a broader examination of the allegations.” The early disposal of the issue based on a cursory examination of sample allegations may be wrong. Domestic abuse issues in child arrangements cases has clear procedural rules and past decisions can be re-considered.