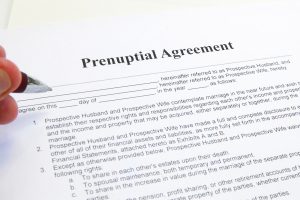 Divorce and post marriage assets held in third party names can make for extremely complex legal disputes according to Cheshire family law specialist solicitors Stonehewer Moss, Michael Brennan is the accredited solicitor handling divorce finance disputes at the Northwich solicitors and in a pre Christmas rush to grasp esoteric areas of divorce work he believes this issue is one that many people may find of interest but ultimately should treat with caution. Michael says, ” The issue can be summarised as a divorce situation where a high living lifestyle on analysis of the ownership of assets is revealed to be unsustainable in the post divorce world as assets were held under a trust or a company, for example. As a matter of law this creates the problem that a divorce is between two individuals while the company or trust are third party and cannot be touched by the court unless steps are taken to make them party or the court acts on the assumption that the trustees will carry out the request of a spouse.

The first practical issue is disclosure. An unscrupulous spouse may simply not disclose the existence of the trust or the company accounts may hide transactions between companies or by related loans. A recent Supreme Court decision called Sharland should help ensure that this reluctance to be candid will not pay in the end. The second issue is joining the company or other third party to the proceedings. This might be an in law owning the title to a house but ultimately the court may find the house is held on trust to benefit son or daughter and should be distributed to meet needs in divorce. The procedure to be followed is detailed in TL v ML. These early points then become murkier if the scenario suggests the assets are held in a post nuptial settlement. If the court finds that such a settlement was created to benefit the spouse and children it can vary the terms under s24 MCA 1973. This step should only be pursued at court if there is cost benefit should the case succeed as the legal costs are bound to be high and the usual rule that each party pay his or her own legal bill is likely to be departed from if you fail. A 1929 case clearly states what is meant by a post nuptial settlement as follows,

“Is it upon the husband in the character of husband or in the wife in the character of wife, or upon both in the character of husband and wife? If it is, it is a settlement on the parties within the meaning of the section. The particular form of it does not matter. It may be a settlement in the strictest sense of the term, it may be a covenant to pay by one spouse to the other, or by a third person to a spouse. What does matter is that it should provide for the financial benefit of one or other or both of the spouses as spouses and with reference to their married state.”

I suspect issues such as this are in reality bargaining chips that a person of finite resources might challenge a spouse  upon in negotiation but perhaps avoid the cost of litigation with the uncertainty of outcome it has. Modern divorce practice such a arbitration is suited to resolve this issue provided you are comfortable with the binding nature of the process. Not all post nuptial settlements are constructed by the Courts on a dispute, however. Since Radmacher v Granatino the use of pre nuptial agreements is more a attractive and best practice is to follow up the pre nup after the marriage with a post nup. If the marriage fails the settlement can be varied if the circumstances demand it under s24.”