What difference between child orders 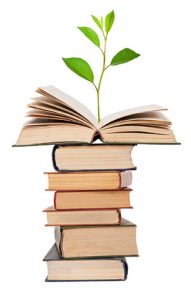 What  difference between child  orders there is could be said to be as simple as that between a spade and a shovel according to Cheshire family law solicitors Stonehewer Moss but further research can tend to confuse the issue; as always, the best thing to do might be to take advice. First things first, what is a child order? The law does not have a set formula for how children of separated parents should spend time with each of them. If agreement cannot be reached the court can order according to what is called the welfare principle, basically what is best for the child. In some circumstances it might be the outcome is that neither parent is able to nurture the child to well developed adulthood and care orders or placement in the broader family is needed, but that is beyond the scope of this blog and the tools used neither a spade or a shovel. If at least one parentis able to meet welfare needs of the child, a child arrangement order is the likely outcome, and here the digging or shovelling analogy becomes clearer.

Having defined order, the fact the court is now required to call it a child arrangement tends to confuse out of the best of intentions. It is not pleasant to crow over having the upper hand in the care of your jointly produced children; the law has sought a number of times to get away from labels such as custody and residence and the latest incarnation is the conglomerate term,”child arrangement”. In fact a child arrangement is often made up of two aspects, who the child lives with and how much time is to be spent with the other. If the child arrangement was  therefore to be differentiated between a spade and a shovel, the live with order might be the former and the spend time with, the latter. Is this fair? It depends; the needs and character of the individual child midnight demand a precise division between spade and shovel parents but often a spade is a spade. In fact, the court can make a live with order two both parents, what before was called a shared residence order.

Whether you end up with a spade or a shovel could depend on your choice of representative in court or, better still, the solicitor who negotiates for you out of court. In truth, the definition of digging implements is arbitrary. The writer studies horticulture in his time off and found himself shamed for working with a shovel when the job required a spade; a lawyer does his research and for this blog finds himself vindicated as the digging implement he chose was in fact a spade as it was flat edged rather than pointed and the consensus seems to be that you are not calling a shovel a shovel if it has a flat edge, it is a spade. Tell that to the worms, no doubt the horticultural practitioner would say. At Stonehewer Moss your solicitor will call a spade a spade.What  difference between child  orders may depend on your solicitor. For advice negotiation and representation in child arrangements cases please call 01606 872200 e mail info@stonehewermoss.co.uk visit www.stonehewermoss.co.uk