Can I claim costs of a child court case 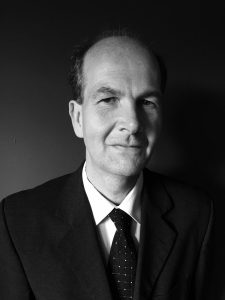 Can I claim  costs of a child court case  is an understandable enquiry if you feel the other parent has frustrated efforts to agree child arrangements so that you have to instruct solicitors to represent you at Court. The position is essentially that if parents are reasonable it is highly unlikely that the court will order payment of costs. Northwich solicitors Stonehewer Moss explain the current state of play.

Michael Brennan, family law solicitor at Stonehewer Moss solicitors in Cheshire, says; “The family proceedings rules 2010 disapply Rule 44.3(2), which provides that the unsuccessful party will be ordered to pay the costs of the successful party but the Court retains a discretion to order costs  and may order if a party is perceived to have conducted herself unreasonably. ” Can I claim  costs of a child court case ?” The discretion is exercised by considering:-

(a) conduct before, as well as during, the proceedings and in particular the extent to which the parties followed the Practice Direction (Pre-Action Conduct) or any relevant pre-action protocol;

(b) whether it was reasonable for a party to raise, pursue or contest a particular allegation or issue;

(c) the manner in which a party has pursued or defended his case or a particular allegation or issue; and

(d) whether a claimant who has succeeded in his claim, in whole or in part, exaggerated his claim.

The buzz phrase in the courts these days is proportionality, so any case that appears to have taken an approach out of context of the issue may be susceptible to a costs application. The latest case on the subject I have seen reported is E-R (child arrangements) 2016, which stresses that the award of costs is not a reward for winning but is intended to reflect conduct that is unreasonable or reprehensible and takes account of the effect of making the order (or not making it) on family finances.

Costs orders are not personal compensation, it pays legal bills in full or in part that you have incurred. They remain extremely aware but are nevertheless available if the circumstances justify the exercise of discretion by the Court.”

For advice, negotiation and representation Can I claim  costs of a child court case  or any matter  in the family court telephone 01606 872200 e mail info@piplaw.co.uk or visit www.stonehewermoss.co.uk